Skip to content
﻿Thanks to Advertlets for the tickets of movie screening last Tuesday, The Eagle pretty seems to be alright for me. The storyline is very interesting but lack of action in between. Maybe I’m expecting too much from the movie as I’m aware it’s about the war between countries & tribes. The Romans known to be the birth of great warriors and commanders. It’s about holding on the family honour and dignity that lies upon The Eagle, that symbolized the glorious ROME as many men died to protect it.
I would say there’s few gory scenes that quite disturbing. This is normal for a war movie like this as you will see blood everywhere. But again, it’s bearable and stay focus on the storyline instead. In between the scenes, it’s quite dry as there’s too many talking going on. This is a serious drama as the main character Marcus, is a serious humourless hero. Overall, I think the movie could be a better one if there’s more action packed fight scenes.
These are the brief information abou the movie: (Taken from HERE) 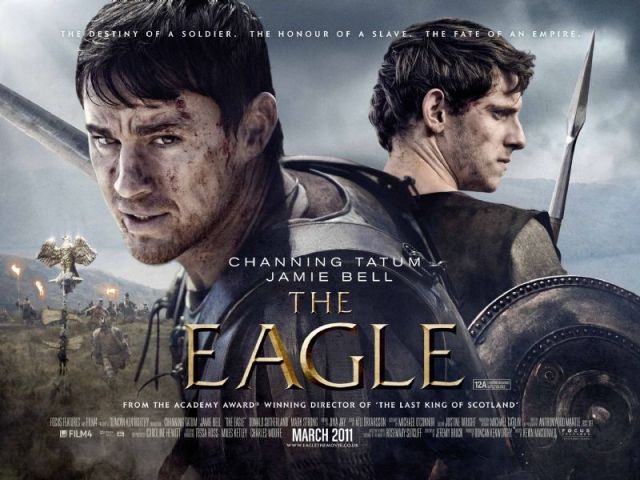 They never returned; Legion and Eagle simply vanished into the mists. Angered, the Roman Emperor Hadrian ordered the building of a wall to seal off the territory; Hadrian’s Wall became the northernmost frontier of the Roman Empire – the edge of the known world. Driven to become a brilliant soldier and now given command of a small fort in the southwest, Marcus bravely leads his troops during a siege. Commended by Rome for his bravery, yet discharged from the army because of his severe wounds, Marcus convalesces, demoralized, in the villa of his Uncle Aquila (Donald Sutherland), a retired army man.
When Marcus impulsively gets a young Briton’s life spared at a gladiatorial contest, Aquila buys the Briton, Esca (Jamie Bell), to be Marcus’ slave. Marcus is dismissive of Esca, who harbors a seething hatred of all things Roman. Yet Esca vows to serve the man who has saved his life. Hearing a rumor that the Eagle has been seen in a tribal temple in the far north, Marcus is galvanized into action, and sets off with Esca across Hadrian’s Wall. But the highlands of Caledonia are a vast and savage wilderness, and Marcus must rely on his slave to navigate the region.
When they encounter ex-Roman soldier Guern (Mark Strong), Marcus realizes that the mystery of his father’s disappearance may well be linked to the secret of his own slave’s identity and loyalty – a secret all the more pressing when the two come face-to-face with the warriors of the fearsome Seal Prince (Tahar Rahim).