Synopsis:
Andy, the toys rightful owner is going to college very soon and he will never have the time to spend his playtime with Woody, Buzz and the others. It started with the footage taken by Andy’s mother with her camcorder. Andy with his wildest imagination teamed up with the best toy cast he have. The coolest cowboy, toughest cowboy chick, the meanest T-Rex, super great Ranger and the other characters. 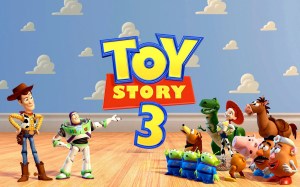 To get to know who am I talking about, it’s advisable to watch TS1, 2 before watching this. The toys ended up at Sunnyside, a day care center where toys donated by previous owners. In a way, this is the place where all the toys became unwanted. Attempted escape that ended up an exciting adventure made this story a movie that all of us would not expect the ending of the story.

It’s an adventurous and heart-warming. Very touching and it teaches us to cherish whoever and whatever that has been always be there for us. Time flies and people do move on. But certain thing or people choose to remain loyal and be there for you no matter what. No matter what happens, a family always stays together. 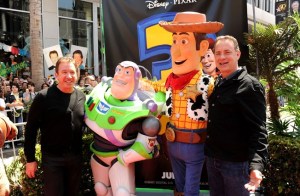